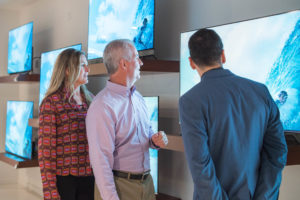 Deciding which TV to purchase can be challenging. You might be about to spend thousands of dollars on a new set without knowing what the specifications mean. Fortunately, we’re here to help you invest in a television that will remain at the cutting edge of modern technology for years to come, which is why we’ve created this useful 4K Ultra HD TV buying guide.

Screen size is arguably the most crucial factor to consider when purchasing a new TV. You don’t want a screen that’s too large to fit into your room or too small for the family to watch. Think about how many people use your television simultaneously and where you’ll place it. Also, consider how close you’ll sit to the TV. You will need to position yourself further away from an HD TV than a 4K resolution TV to get a clear picture, which is why we usually recommend opting for a 4K screen.

Today, the best value TVs regarding performance, the size of a typical living room, and price tend to be between 55 and 65 inches. 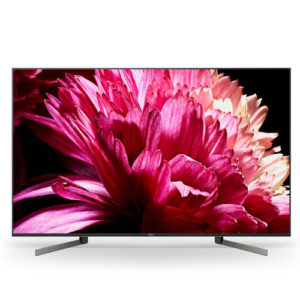 HD and 4K are terms that describe your TV’s resolution, which is measured in pixels. The more pixels your screen has, the sharper the image will be.

For many years, screens with the 1920 x 1080 resolution were known as ‘Full HD ‘. However, now you can purchase screens with a resolution of 3840 x 2160 pixels, which are called 4K and offer a cinema-like home entertainment experience.

We recommend choosing a 4K resolution TV as 4K movies, and TV shows continue to become increasingly popular. Many video streaming websites, including YouTube, Amazon and Netflix, are already offering 4K content, which you can only enjoy to its full potential with an Ultra HD TV.

HDR is an acronym for High Dynamic Range, which means TVs with this feature can deliver more contrast levels, colors and increased brightness than standard HD or 4K models. Companies try to distinguish their HDR-enabled TVs using specification names such as ‘HDR10’ or ‘Ultra HD Premium.’

If you want the very best standard of HDR, you should search for a TV that’s fitted with Dolby Vision, which is currently the most demanding form of HDR regarding technical requirements. All HDR-enabled TVs are HDR10-compatible at the minimum, but those with Dolby Vision must pay a license fee to utilize Dolby’s exceptional software and hardware. Just some leading manufacturers that offer Dolby Vision on their premium televisions include:

Expressed in Hertz (Hz), the refresh rate refers to how many times per second your TV screen refreshes an image. The standard refresh rate is 60 Hz or 60 times per second. Sometimes, 60 Hz can make images look blurry or jittery, especially in movie scenes with rapidly moving objects.

Nowadays, 4K TVs are available with refresh rates of 120 Hz and 240 Hz. We’d say that 120 Hz will be more than enough for the next few years or so if you want to buy a premium TV on a budget. If you want your investment to be ‘future-proof,’ you might want to buy a television with High-Frame-Rate (HFR) compatibility, which adds viewing support for video content that requires more than a 60 Hz frame rate. HFR is a relatively new feature for 2019, though it will prove to be especially useful for sports fans. 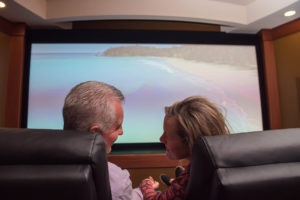 We always recommend choosing a TV with more HDMI inputs and connections than you think you require – HDMI ports can be used up quickly. Add a sound bar, game console and Chromecast to your television, and you’ve lost three HDMI inputs already.

If purchasing a 4K resolution TV, search for a model that supports HDMI 2.0, which will be needed to cater to future Ultra HD sources. You can find TVs that support the more recent HDMI 2.1 format, which will become necessary when 8K resolution movies take center stage. However, we don’t expect that to happen for at least another three to five years.

Do I Need an OLED TV?

Most TVs nowadays are LED or LCD. They use light-emitting diodes (LEDs) to illuminate their LCD screens, which is why they are so thin. Some LED televisions dynamically light up certain areas of the screen while dimming others to create a better mix of light and dark colors for various scenes.

If you want a top-of-the-line set, you might want to choose an OLED TV, which is essentially an upgrade to LED LCD. Instead of a backlight, OLEDs control a layer of LEDs at the pixel level to provide exceptional contrasts and absolute blacks. The best way to see the difference between standard LED and OLED is to visit our store and take a tour. 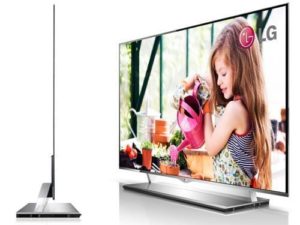 We should mention that OLEDs are still relatively new, meaning there remains some uncertainty with regards to how these screens will fare over time. For example, we’re unsure of whether OLED TVs could eventually retain ‘ghost’ or ‘burn-in’ images from displaying a static image for too long.

Again, if you want your TV to remain future-proof for the next five years, you may want to buy a smart television, which most new sets already are. Vizio, LG and Samsung offer smart TVs with intuitive user interfaces. If you want to buy a smart TV on a budget, you can browse sets by manufacturers that have teamed up with Roku, such as TCL and Hisense. Sony and Westinghouse use Google’s Android TV platform, while Amazon provides support to brands such as Toshiba and Insignia.

Here’s what you should take away from our 4K TV buying guide:

If you require any further assistance, please don’t hesitate to call our friendly professionals for advice. Alternatively, find the contact details for your closest Starpower store.