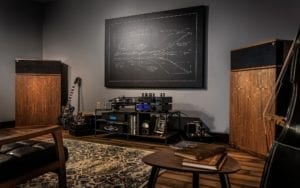 In setting up a home theater system, it’s easy to focus on the main hardware items and overlook some of the smaller home theater components. Said another way, it’s a lot more fun to think about which television or set of speakers you are going to purchase than it is to shop for cords and cables. Without the right cables, though, you’ll struggle to get any picture or sound. Few cables matter more for the modern home theater setup than the HDMI cable.

What Is the HDMI Cable?

“HDMI” stands for “high-definition multimedia interface.” As a multimedia cable, the HDMI cable is responsible for delivering both high-definition video and high-definition audio, all over the same cable. For many years, the go-to home theater cable was the RCA cable, an AV cable that splits its audio and video outputs into three separate, colored wires. If you’ve seen the cords with red, white, and yellow outputs, all cabled to one input, then you’ve used an RCA cable. On these cables, the red and white outputs deliver sound for home theater (red is the right audio channel and white is the left), while the yellow output delivers the video signal. In HDMI, there is no need for multiple outputs: both channels of audio plus video are carried along the cable from a single input to a single output.

As far as cords and cables go, the HDMI cable is a relatively recent innovation. Development of the HDMI standard began in December 2002, with numerous technology companies—including Sony, Philips, Panasonic, RCA, Toshiba, and Hitachi—banding together. Their goal was to create a standard cable for transmitting audio and video for HDTVs, as high-definition televisions at the time were split between a pair of different AV cable standards.

In the nearly two decades since, HDMI has become the standard for home entertainment systems. It is the single most-used cable for connecting home AV devices with TVs. It is uncommon today to find any AV device that doesn’t have HDMI cable connections. DVD players and Blu-ray players use the HDMI standard. Streaming TV systems, such as the AppleTV and the Amazon Fire Stick, run on HDMI connections. Game consoles, including Microsoft’s Xbox and Sony’s PlayStation, use HDMI. Even your laptop has an HDMI port, making it easy to take the audio and video playing on your computer and enjoy it through your home stereo system or theater setup.

The two major benefits of HDMI are its simplistic design and its quality AV signal transmission. Eliminating the triple-output design of the RCA cable and trading it for the more straightforward single-output design of the HDMI has allowed for a sleeker, more user-friendly, and more durable home theater cable. In the quality department, HDMI is known for transmitting uncompressed video and audio, which makes for crisper video on your screen and clearer sound coming out of your speakers. You invested a fair amount of money in your TV, home stereo system, and other home theater components; with HDMI, you can experience the full level of quality those devices are capable of showing you. 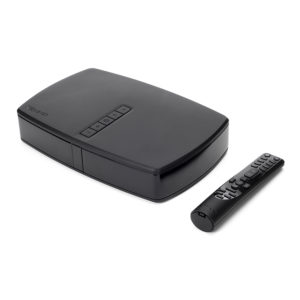 The good news is that HDMI is pretty user-friendly across the board. Most devices that require HDMI connectivity (such as Blu-ray players or game consoles) will come with an HDMI cable. Devices where HDMI connections are just a nice, optional add-on feature—such as laptop computers—won’t include HDMI cables in the box. Still, you can buy HDMI cables at any electronics store, and they are at this point, quite inexpensive. If you are shopping for HDMI cables to hook a device up to your home theater system, our team at Starpower is happy to help.

Do note that not all HDMI cables are the same. There are technically three different types of HDMI cable connections: Type A, Type C, and Type D. Type A HDMI connectors are the standard and the most common form of HDMI connector. Most laptops that have HDMI ports have a Type-A port. TVs, game consoles, Blu-ray players, and most other home AV devices will have this type of connector as well. To connect two Type-A HDMI devices, you need an HDMI cable with a Type A connector at both ends.

Type C and Type D HDMI connectors are less common, but you may encounter them depending on the devices you use. Type C HDMI connectors, also known as “Mini HDMI,” are smaller versions of the standard Type-A connector. You’ll find these ports on some digital cameras or camcorders, as well as on many types of tablets. Type D HDMI connectors, finally—known as “Micro HDMI”—are the type of HDMI port you’ll find on an HDMI-enabled smartphone. To connect one of these devices to your TV or home theater system, you’ll need an HDMI cable with a Type-A connector on one side (to plug into the TV) and a Type C or Type D connector on the other side (to plug into your device).

So long as you have the right HDMI cable, you should have little issue hooking up your HDMI device to your TV. Most modern TVs have at least 2-3 HDMI ports. Look on the back of the television to find the ports, which should be labeled as “HDMI 1,” “HDMI 2,” and so on. Find the corresponding HDMI port on your console, laptop, o device and plug the appropriate ends of the HDMI cable into both the device and the TV. Finally, turn on the TV set and switch the input to the HDMI port you plugged into on the TV (so HDMI 1, HDMI 2, etc.). You should now be able to enjoy video and audio from your device on your TV/home theater. 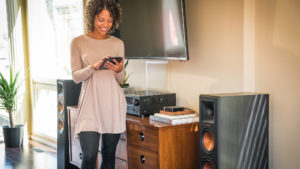 Get Help with HDMI Cable Connections from Starpower

If you are having trouble with your HDMI cable connections, feel free to give us a call at Starpower. We regularly help our customers set up and configure their home theater systems, and that includes HDMI concerns. Perhaps you can’t figure out how to get sound for home theater from your computer (you may have to switch the audio setting on the device!), or maybe you have more HDMI devices than you have ports on your TV. No matter the situation, we can provide a solution.

Call us today to learn more.